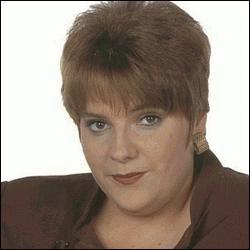 Amy : (to patient) Do you want a hankie?

Amy : Yeah, can I just deal with this patient please

In S12 E19, Sunny is complaining to Amy that Sam, who is now staying at Sunny’s place, is driving him insane and Amy suggests Sunny should go out with Amy and Keith, her policeman boyfriend, next week. Afterwards Amy talks to Tina, saying that what Tina needs is a man and that she knows someone who would be just right for her. When Tina asks who this man is Amy suggests doing it as a blind date next week, saying that Amy and Keith came come with her. However, Sunny later comes to talk to Amy, complaining that he thought he had agreed to go out with them next week, but now has found out that they will be going with Tina and some sad old man who cannot even get a date himself and Amy has to reveal that Sunny is the one Tina is going on a blind date with.

In S12 E26, Amy knows that she is pregnant. She confides in Eve, who encourages her to tell Keith. Amy says she isn’t sure how he will react because they haven’t been together very long. Nervously, Amy comes out with the news to Keith at Charlie and Baz’s wedding reception. She tells him that she knows it’s not what he wanted – but he kisses her.

Despite this scene at the end of Series 12, it becomes apparant in Series 13 that Amy is no longer with Keith and is going to have to bring the baby up on her own.

After dealing with an outburst at reception, in S13 E9 Amy collapsed onto the desk and was wheeled away protesting to a cubicle to be checked over. She is found to be suffering from gestational diabetes and becomes depressed, confiding in Duffy that she is worried about coping as a single mum. Duffy reassures her that everything will be alright.In S13 E11, Sam asks Chloe why Charlie’s in a bad mood; she says it’s because of Eve’s leave. Sam asks if it’s a long holiday, like maternity leave, which upsets Amy and she walks out. After running after her, Chloe tries to cheer Amy up. Amy says she’s pregnant, partnerless and terrified. She says she can’t even enjoy chocolate any more; Chloe says if that’s the case there’s no point in living. They both laugh. In S13 E12, Amy tells Sunny she has an ante-natal class and he asks if she’s going alone. A woman (Nikki), who’s injured her foot, overhears and says Amy needs a birth partner – that it helps a lot. Sunny offers to go with Amy; she asks him if he’s just trying to impress Nikki but he says he’s serious. Sunny attends the class with Amy but she gets cross with him when he starts flirting with someone else there.

In S13 E17, Amy has been feeling discomfort all day but bites Sunny’s head off whenever he asks if she’s OK. At the party she realises the baby’s coming; she tries to phone for help but the phone in the club isn’t working. She goes outside to look for a phone. Sunny realises she’s not there and comes out to look for her. She’s outside a petrol station when he reaches her. There is no time for her to get to hospital so he takes her inside the petrol station. Sunny delivers the baby boy among some nativity scenery. Charlie and Duffy arrive and she introduces them to her son – Milo.

In S14 E17, Amy shows her caring nature when a family are brought in after a house fire. They don’t have much money and what little they had was lost in the fire. Amy organises a free room in a hotel for them as she knows the manager, and as it’s christmas, also arranges for some singers to go to the ward where the children are to sing carols for them.

In S14 E18, Amy has been worrying all day about Milo, who is ill. She snaps at Chloe and Barney when they are asking about her singing after she is looking at an ad in the paper for a singer. Later Barney passes the message on to her that her mum’s brought in Milo. She panics until she sees him. He walks towards her, having taken his first steps half an hour before. In S14 E21, Chloe tells Amy that a band are still looking for a singer. She asks Amy if she’s sung in public before; Amy says she sang at Charlie and Baz’s wedding and Chloe says it’s different singing when you’re smashed out of your skull. Amy is offended. She rings the number and is told she has to audition immediately, so she goes. She isn’t well prepared and the band manager starts making fun of her. However, Amy sings, and arrives back at Holby A&E to tell Chloe she got into the band. In the next episode, Chloe is looking after Milo while Amy is at her first band rehearsal. It goes well, and Chloe brings Milo to the pub as the rehearsal finishes. Amy invites Chloe back to her place, and they get into a taxi. The taxi driver is interested in Milo, saying he has twins the same age. He shows them a photo, and isn’t watching the road. Suddenly Matt and Jon run out in front of the taxi, and it hits them; Jon is thrown over the roof. Milo bangs his head and Amy is worried about him but he is fine.

In S14 E24, it’s the day of Amy’s first performance in a club and the staff are all coming to see her sing. However, it’s also the day of Frank’s funeral and Amy asks Chloe whether she thinks she should still sing. Chloe says that she should. Amy sings ‘Stay with me baby’ and dedicates it to Max.

In S15 E28, Amy’s childminder Kerry arrives in A&E to pick up Milo. She asks Amy if she can pay her early as she has bills to pay. Amy gives her what she can. As Kerry and Milo leave, Josh and Penny see them and say hello to Milo. Amy complains to Colette that it’s crazy: she works all week so that she can afford to pay Kerry to look after Milo while she works all week. Kerry puts Milo into her car and sets off. Lee Freeman is in the middle of a road, picking up something that fell from the back of a trailer and moving it to the side of the road. As he is there, Kerry comes speeding along the road; she hits him and then crashes into a parked car. She sees smoke coming from the bonnet and struggles to get out of the car. She opens the back door and lifts Milo out. A few seconds later the car explodes, sending Kerry to the ground. Lee, on the ground himself, manages to get his phone out of his pocket, and dials 999. Fin and Mel are first on the scene and Lee sends them to see to Kerry; there is no sign of Milo. As Kerry is being put into the ambulance, Josh and Penny arrive. Josh realises who Kerry is, and goes to look for Milo. Milo is out of harm’s way on the other side of an embankment, but Josh can’t see him. He radios through to A&E, and explains the situation to Colette, asking her to ask Amy if Milo might have been dropped off somewhere. Amy is standing in admin and hears every word of the conversation; she starts panicking, knowing that Milo was in the car with her. Colette tries to comfort her, but Amy is inconsolable, saying that she doesn’t trust Kerry. When Kerry is brought into A&E, Amy bursts into resusc and tries to make Kerry talk, to tell her where Milo is. Colette takes her out. Later she goes to talk to Kerry again, and has a go at her because she’s fine but Milo isn’t. Eventually Josh finds Milo, and brings him into A&E. As Amy holds him, she goes up to Kerry and apologises for yelling at her like that.

In the next episode, Amy types a letter of resignation and addresses it to Duffy. Duffy receives it, and asks Amy to talk to her. Amy tells her that if anything had happened to Milo when he was involved in the car crash, she would never have forgiven herself. She says she wants to spend more time with him, and also says that she can’t do her job any more, because of the commuting and difficult hours. She asks Duffy not to try to change her mind; Duffy says she won’t.

Amy is also an accomplished singer and led the singing of ‘Everlasting Love’ with the rest of the staff at Charlie and Baz’s wedding. 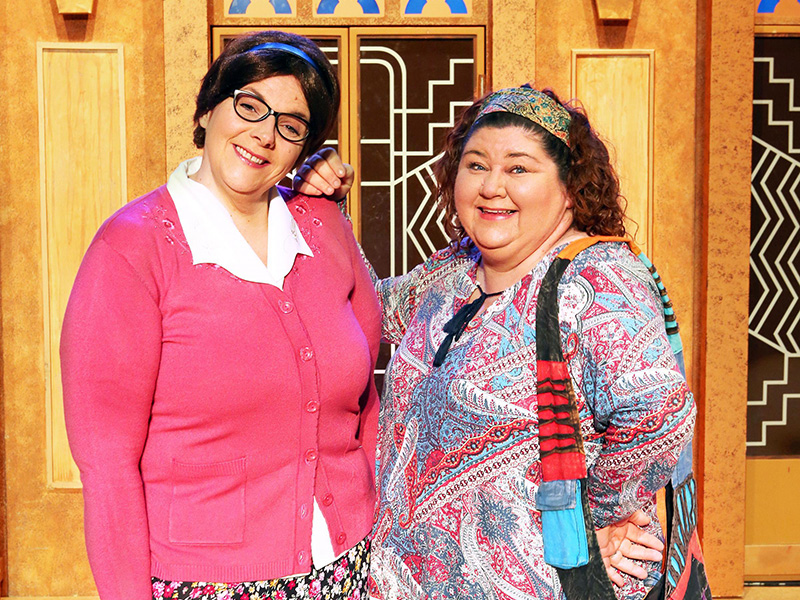 Former CASUALTY actress will be touring the UK in a production of ‘Menopause – The Musical’ The show will tour from 24th April –...