Holly wants to ask Patrick to help her pack to move house, but there he isn’t answering his phone, so she goes up to his room. She opens the door to find him lying on the bed with a nurse, Carol. She walks out again, and Patrick follows, apologising. Holly asks him why he’s apologising and he says he thought he might have embarrassed her. Holly says she wasn’t embarrassed; Patrick says he wasn’t either. Patrick goes round to her place to help her pack; he sees a stuffed frog that he recognises. They pack Holly’s car with rubbish and Patrick sets off for the tip, calling at the hospital en route to return Carol’s bag to her.

Spencer is at the funeral of one of his old navy pals. The others ask why he never came to any of the reunions. One man, Tommy, has heard that Spencer works in a hospital now, and asks him to come to see his fiancée, who has chest pains. Spencer tells him to call a doctor, but Tommy won’t. He persuades Spencer to go and meet her anyway. They arrive at Tommy’s place and he introduces Spencer to Bridget, telling him that she’s pregnant. Spencer thinks Bridget is much too young for Tommy, and tells Tommy this, but Tommy just says they’re in love. There is a knock at the door, and the landlady tells Bridget that she and Tommy have to leave – they had signed in as father and daughter. Spencer says that Bridget needs a doctor, but Tommy confesses that they are hiding from her father, who disapproves of their relationship. Bridget asks Spencer where he lives, and Spencer unwillingly hands over his keys. He goes to Holby A&E and bumps into Patrick. Spencer tells Patrick about Tommy and Bridget, but Patrick is unwilling to help, saying he’s on the way to the tip. Spencer gets into his car and tells him his place is on the way.

Tommy and Bridget have arrived at Spencer’s flat. A car pulls up outside – it’s Bridget’s father Reg, and her brother John. Spencer and Patrick arrive, and Reg seems to know Spencer. Tommy sees Reg outside. Patrick goes in and examines Bridget, and says it’s just indigestion. Bridget points out that Tommy is also bruised – he had a run-in with her father. Spencer and Patrick leave, but outside Reg accosts them. Spencer knows him from the Navy; he was superior to both Spencer and Tommy, and a real dragon. Reg starts shouting up to Tommy, and he appears at the flat window, answering him back. Reg and Tommy start arguing, and Bridget appears and tells her dad to stop it, and to stop trying to run her life. Reg grabs Spencer, and twists his finger, dislocating it. Patrick tries to tell him he can’t do that, and Reg pulls out a gun. He tells Spencer to get in the car, and Patrick follows too to help.Reg drives them to an old boat on the river, and shuts them in a room below decks. Patrick pulls Spencer’s finger back into place. Reg has made some comments about Spencer being a coward, saying he lost his nerve on a lifeboat, and Patrick is curious about what happened. Spencer tells him he was on a boat taking cargo to the South Pole when they got cut off from the mainland by the ice. A young lad fell in the water; they got him out and Spencer got into a sleeping bag to try to warm him up, but the lad died. Spencer couldn’t stop blaming himself. He kept writing to the boy’s parents, telling them what happened, until they wrote back asking him to stop. He left the Navy, and turned to drink. He lost his family, and hasn’t seen them since – that was about five years ago.

Patrick’s phone rings, and Reg answers it then passes it to Patrick, telling him to get rid of whoever it is. It’s Holly, wondering where he’s got to. Patrick tried to hint to her about where he is, talking about the ear canal and blood vessels. He mentions Spencer, and hangs up. Spencer asks Patrick about Holly, as he saw Patrick with Carol earlier. Patrick tells him that Holly walked in on her and Carol that morning. He tells her about his and Holly’s past. Spencer tells him to make sure Holly knows he likes her, or he’ll never get her back. Meanwhile, Reg, getting fed up of waiting for Tommy, sends John round to the flat to fetch him.

Holly has realised that Patrick is in trouble but doesn’t know where to start looking. She decides to go to Spencer’s flat. At the flat, Tommy and Bridget have found some of Spencer’s money and are planning on running away to Ireland. They leave a note for Spencer promising to return the money when they can. Just as they are about to go, John arrives. They see him but eventually go down anyway, just as Holly arrives and sees her car there. Bridget tries to persuade John not to follow their father’s orders all the time. Bridget and Tommy get into Tommy’s car and drive off. John follows, and Holly, realising that something’s up, follows too. The three cars end up on a country road behind a tractor. Tommy and Bridget get past safely. John is on the phone to Reg as he tries to pass it. A car is coming the other way; John swerves to avoid it and crashes into a shed at the side of the road. As the phone suddenly goes quiet, Reg realises something has happened to John. He is in shock, and Spencer gently takes the gun from him. Patrick throws it into the river. They get into Reg’s car and set off to look for John. Patrick phones ambulance control to find out where the accident was. They arrive on the scene to find Holly helping John; Tommy has freed John’s legs. An ambulance arrives and John is taken to Holby A&E. Tommy is being friendly towards Reg, and Reg isn’t objecting. Patrick tells them that John is stable, and that Tommy probably saved his life by freeing his legs. Tommy asks Patrick if he’s going to tell the police about this. Patrick says of course he is, but Tommy begs him not to, saying that Reg will be his father-in-law and that he and Bridget would be really grateful. Patrick agrees to say nothing on condition that they make sure Reg sees a psychiatrist. Reg and Bridget start talking about his business, and Bridget says she could have done a deal better than Reg.

Some champagne and a card have been sent to Holly’s new home. Spencer tells Holly that Patrick must have sent them, saying that Patrick has a heart of gold. When Patrick turns up to help, Holly thanks him with a kiss on the cheek, but Patrick tells Spencer that he didn’t send the gift. Holly and Patrick talk about the day’s events, and Patrick mocks Holly when she was on the phone. Holly laughs. She asks him if he wants something to eat, offering him bangers and mash. Patrick agrees, saying she owes it to him as he got into the mess when he was moving her rubbish. He says he thought she’d never get the message when they were on the phone. Holly makes fun of Patrick’s hints, but Patrick says any idiot would have understood. Holly, insulted, tells him not to count on her to help again, but to go to Carol. Patrick says he’s just remembered he has a date with her so he can’t stay. “Fine,” says Holly. Patrick says goodbye and leaves.

In this article:Ben Cooper, Cas Series 15 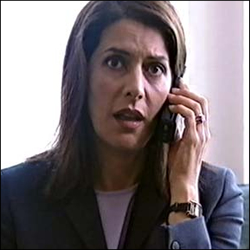 S15 E23 (2 Feb 01) : Something from the Heart by Graham Mitchell Episode Summary Fin and Mel bring American Richard Hall into A&E. He... 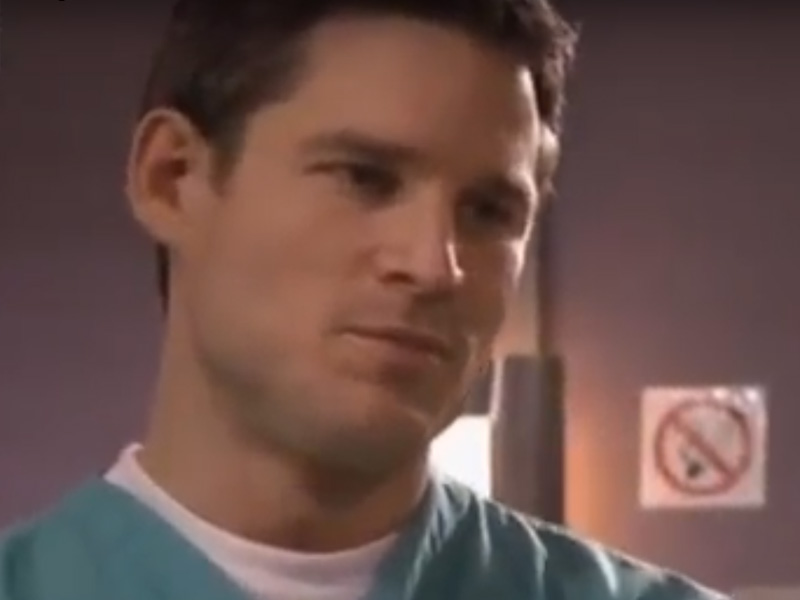 Mark decides to leave Holby City as it is obvious that Tricia does not want him around, and Chrissie is coming round to her...