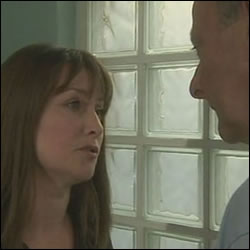 Nadia goes to Stitch’s office and catches him gambling online then Maggie reprimands Stitch when she finds him seducing student doctor Annette.

Carrie is upset when she discovers her partner, Gabe, has been having an affair with her work colleague, Liz. At work, Kerry punches Liz where she suffers a cracked rib. Whilst on his mobile, Gabe crashes his car outside. At the hospital, Gabe’s condition deteriorates and Selena discovers he is allergic to penicillin and that Stitch knew. She lectures him about his negligence, where he returns to his office to find that his online winnings have been stolen.

Meanwhile, Gabe tells Carrie, he felt sorry for Liz because she is dying of cancer – however Carrie later discovers Liz has been lying.

A woman, Linda, is brought in after injuring herself doing a charity jump. She has a TV aerial stuck in her leg. Annoyed at having to wait, she decides to pull it out herself whilst her daughter blames Stitch for putting the idea in her head.

A patriotic Frenchman, Claude, is arguing with his neighbour, Alan, when a firework goes off in his house. Claude collapses inside the house whilst Alan jumps off the balcony and falls through a shed, injuring his ankle.

Tess tells Abs she can’t make the dance competition as she’s working a double shift but she’s unhappy when Abs says Charlie can cover. Tess then admits to Abs that she thinks she’s too old to compete. Later, Tess tells Abs she can’t dance in front of strangers. As the pair dance in Abs’ office, Kelsey gathers all the staff to watch. Everyone applauds as they finish dancing and Tess realises she had an audience after all.

Also, a tense atmosphere remains between Cyd and Dixie after Dixie’s declaration of love; and Josh and Maggie agree that they just want to be friends. 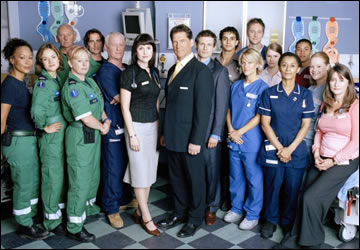 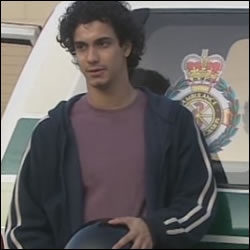