Tricia tells [ID 1443]Mark[/ID] that the reason she turned down his marriage proposal was because she couldn’t bear saying “till death do us part”, knowing that she is dying. She is looking after a patient, Janice, whose uncontrollable daughter, Penny, is causing trouble. Tricia loses her temper with Penny and gets security to take her away. Penny argues with security, claiming that she needs to return to the ward to get her medication. Mark and Tricia take Penny back to the ward but, annoyed with them for keeping her away from her mum, Penny throws the water for her pills at the wall; the electrics short circuit, locking all the doors on the ward and trapping them inside. Whilst there, in her anger she cuts her thigh and Mark and Tricia join forces to perform a minor operation.

At the end of shift, Mark surprises Tricia by getting a yellow cab to pick them up. Tricia reconsiders his proposal and says yes.

Elsewhere, Bradley is offered a spa weekend by a drugs rep as an incentive. Reg thinks this is unethical but Bradley is nonchalant about it and says he will probably take Donna with him, further incensing Reg.

Parents, Ian and Hazel bring in their terminally ill son, Daniel. Lola and Ric argue about giving him a risky operation which may prolong his life for a few weeks. His parents are desperate not to give up hope, but when Ian is left alone with his son, he decides to suffocate him to end his suffering. Hazel is distraught when he admits it to her.

Meanwhile, it’s also Ric and Lola’s wedding anniversary and she takes pleasure in winding up Ric about the occasion. She later needs his help when Social Services arrive to interview her for Leanne’s placement and she claims that Ric lives with her. When Lola is upset in the staffroom over Daniel’s death – Ric offers her a shoulder to cry on.

In this article:HC Series 8, Mark Cairns 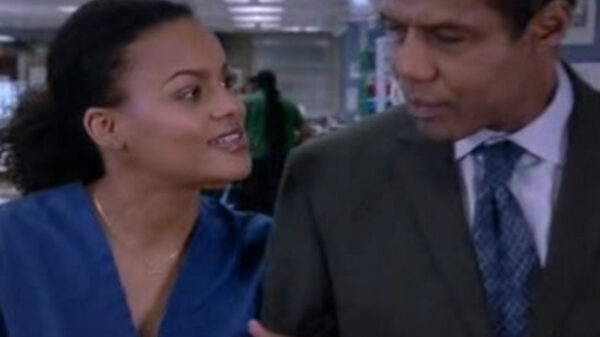 Episode Summary Jess returns to Holby after a month’s travelling and is soon told about her dad’s new fiancée, Thandie. Jess tries to speak...