HOLBY fans are in for a treat with a seasonal special based on ‘It’s a Wonderful Life’. 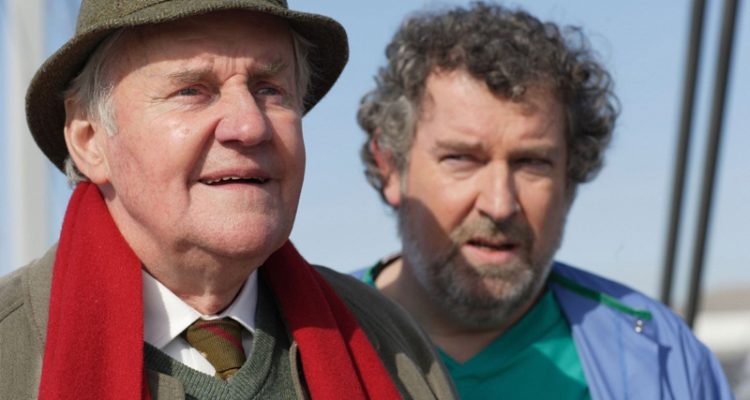 As Christmas approaches, HOLBY CITY fans are in for a treat when a seasonal special based on the 1964 Christmas favourite ‘It’s a Wonderful Life’ is aired.

In the original film, James Stewart’s character, George Bailey, is about to attempt suicide on Christmas Eve. This attracts the attention of his guardian angel, Clarence, who shows him what the world would be life if he had never been born.

In HOLBY CITY’s version, guest actor Richard Briers takes on the role of an angel called George who takes surgeon Elliot Hope, played by Paul Bradley, on a similar journey.

Recently widowed Elliot, who has held himself responsible for the recent crossbow attack at the hospital in which his daughter was injured, is feeling low and later reaches breaking point when he learns that his drug addict son, James – who recently tried to commit suicide – has been given a prison sentence. The depressed doctor is about to perform a heart transplant but instead walks out of the operating theatre, intent on taking his own life.

‘Something in his brain snaps,’ explains Paul Bradley. ‘He’s overworked and emotionally overwrought’

‘He walks out of the hospital and is about to kill himself when he is interupted by Richard Briers!’

Richard Briers, whose prolific career includes classic sitcoms Ever Decreasing Circles and The Good Life, was delighted to make an appearance in the festive special and the pair enjoyed filming the scenes in North London over three weeks.

‘Richard has always been a hero of  mine,’ reveals Paul. ‘He’s an actor I’ve  always wanted to be like. We got on  so well; we were exhausted from  laughing!’

Richard added of the storyline ‘It’s  extraordinary to pinch a marvellous idea from a great film.’