He appeared on US screens this month in the 5th season playing the character of King Arthur.

Liam made his television debut in HOLBY CITY back in 2003, playing Healthcare Assistant Nic Yorke – whose sister Kelly ended up being revealed as the ‘Kellar Killer’. Nic was later killed off following a gas explosion.

Since leaving the show, he has also appeared in 24: Live Another Day, Strike Back and The Pillars of the Earth.

Actor Liam Garrigan was involved in one of HOLBY CITY's biggest storylines to date, playing the brother of 'Kellar Killer' Kelly Yorke. Having joined... 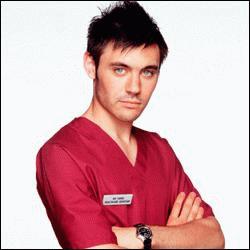