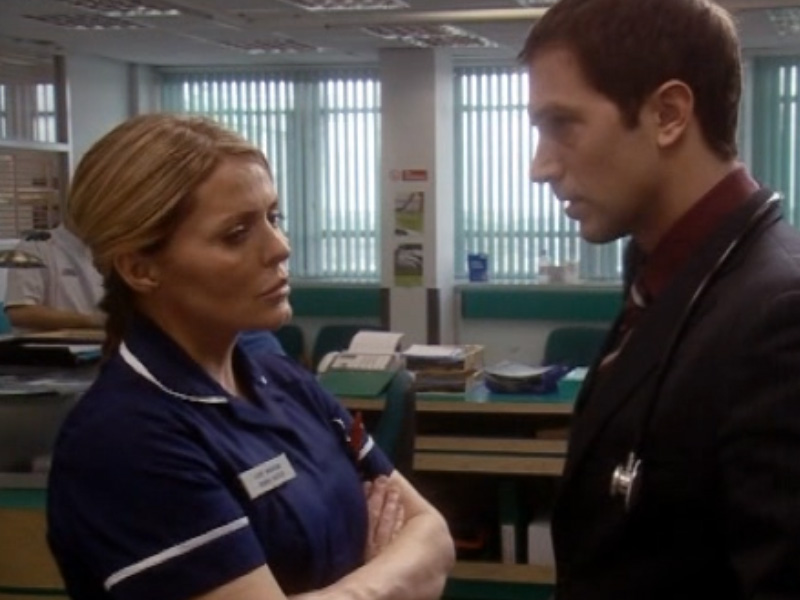 Despite being suspended following Liam Harris’s death, Linden is still on the wards when he comes across a pregnant Chinese woman who is carrying conjoined twins. Jayne does not consider the couple to be a ‘medical emergency’ – but when she realises they have escaped from North Korea she agrees to treatment.

Meanwhile, Maddy learns that there isn’t due to be an autopsy for Liam Harris and realises that Jamie was in theatre with Linden and wonders if he was responsible for Liam’s death. During an operation, Maddy notices Jamie isn’t paying attention and sets out to clear Linden’s name by taking a sample of blood from Liam.

Returning to Holby from South Africa, Faye gets a shock when the staff throw a mini engagement party. After confronting Joseph about why he told Jac they were engaged, Faye insists there are no more surprises – but Joseph knows there are more to come. Later, Joseph decides that he and Faye should spend some time alone.

And a magician with a smoking-related disease tries to hide the fact he’s still smoking – and soon realises that his condition is the one thing he can’t make disappear.