Former London’s Burning actress Sara Powell plays station vixen Rachel Barker who works for the Crown Prosecution Service. Rachel is Sly, manipulative and seductive. She reveals her inner bitch but does she have the cunning to keep her man?

Initially Rachel seems like a consummate professional, but is there another side to her?

Rachel can be a devious, cunning and manipulative cow! However, she genuinely likes John and sees a future with him, she thinks he needs to be taken in hand and put on the right track and she believes she’s the woman to do it. Rachel is hard living, works too much and goes out with the wrong men.

What is Rachel’s position in the station?

Rachel is a lawyer for the Crown Prosecution Service. They are now based in the police station itself. I was advised by a CPS lawyer in Holborn and one of the things she enjoyed most about the job was her involvement at the beginning of a case.

They advise the police on how to form a strong case for prosecution. If the Police then gather the correct information and evidence, the CPS lawyer can take it to trial. They know the case inside out; they almost direct it, so that’s where the thrill comes from; seeing it from the beginning right until the end.

My husband is actually a lawyer so he was able to advise me. He helped me with my lines all of the time and was able to explain the ins and outs of the system.

Is Rachel’s nose put out of joint  when Kate comes to work in the  station?

I think she feels her nose is firmly  dislocated! However, Rachel thinks she  can easily get rid of Kate, after all  Kate is just a mummy, covered in baby sick and doing the school run. Rachel on the other hand is cool, feisty with lots going on. Rachel believes that Kate isn’t built for the cut and thrust of the work place, she thinks ‘if you want to have kids, stay at home’.

Was Rachel fun to play?

She is great fun, I especially enjoyed filming the scenes where she was really bitchy and I had to be nasty and horrible. Seducing John was also great fun but the meaner the better with Rachel! 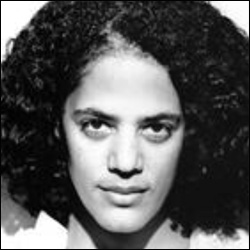 Plays Rachel Barker HEIGHT : 5ft 10 GREW UP : Jamaica FAMILY : Married to a lawyer and has one young daughter. ON CHARACTER... 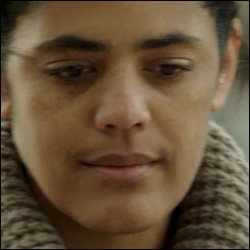