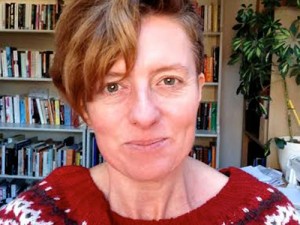 This weekend sees an exciting and explosive episode of CASUALTY hit our screens. Sally Abbott, who has written the first of a two-part episode entitled ‘Falling’ talks to holby.tv, giving a fascinating insight into what goes into writing an episode of our popular medical drama…

You’ve written the upcoming episode this weekend, what can you tell us about the episode?

It’s a big one! It has a huge accident up near the top that has massive implications for everyone involved. After I’d read the story document (in June last year), the starting point for me was the accident. I emailed Casualty immediately and said “this is what I want to do, can we afford it please”. I think we were all gobsmacked when they came back and said “yes we can… just.” So, there’s this enormous incident but running throughout the entire episode is an even more enormous emotional, and at times quite political, story. I always like to examine NHS politics in Casualty and this was a chance to tackle some aspects of it head on.

It’s a big episode for Zoe isn’t it?

It’s enormous. Which was why I wanted a big stunt – I wanted something to match the massive journey that Zoe goes on.  I love Zoe and think she’s had a very hard time being clinical lead – she’s a brilliant doctor but the politic playing and the paper pushing doesn’t come easy to her. In this episode she has to face what it is that brought her into E.D. medicine. After the previous episode she’s very isolated, her confidence has been chipped away, her staff aren’t happy and she deals with it her way. It might not have been the “right” thing to do at the start but it’s very Zoe. It’s right for her. She’s magnificent. Vulnerable, strong and an incredible doctor.

Are you pleased with the finished article?

I watched it in a cinema in Cardiff two days ago with the cast and crew and I’m SO pleased. The production team, crew and cast have created an incredible episode.  My producer, Caroline Brittain, did a fantastic job. They all did. Jon Sen’s directing is stunning and the accident is jaw dropping. It’s epic and has my favourite Casualty things – action, emotion and politics. The hairs on my arms stood up, it made me laugh and made me cry.  It’s an amazing feeling to watch something like that which you’ve made up in your shed! 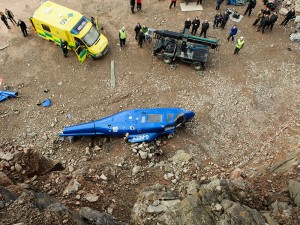 How much research do you have to do for an episode like this?

An incredible amount. It was originally set in a town centre but then Glasgow happened which was awful. Out of respect to all those affected by it there was no way we could show it in a similar location, it just wouldn’t be appropriate.  We had a fantastic researcher, Ffion, working on it (and who said she’d never had to collate so much research before). I talked to three or four helicopter pilots and safety experts; the fire service; coastguards; ballistics experts and, of course, the show’s nurse, doctor and paramedic advisors. Our show medics (Pete Salt, Iain Beardsall and Clive Haddrell) were brilliant and I owe them a lot.

Is it more challenging/ difficult writing for a medical drama?

Writing Casualty is hard and takes a certain knack but Paul Unwin and Jeremy Brock (the show’s creators) created an incredible engine for the show.  You have an accident and get to see people at one of the worst moments in their lives. It’s our regulars’ job to make them better (physically and emotionally) – although, of course, sometimes they can’t always do that. It gives the show an inbuilt energy you have to embrace.

The medical side can be hard to get your head round but that’s why we have such good medical advisors. Talking to them is one of my favourite parts of the show. I like to write it so real life medics can watch and relate to it.  If Pete, Iain or Clive are reticent about a certain element or go “hmmm” then I know I have to fix it so they’re happy.  I also find if you embrace the research – nine times of out ten, the story will emerge from it.  What’s hard, for me, is writing the episode without the research or the meds – then it becomes retro-fitting (and a big rewrite) and that’s tough going.

Do you have any favourite Casualty characters you enjoy writing about?

I love all our characters – I couldn’t write them otherwise.  We have a fantastic cast. Writing such a big episode for Sunetra Sarker was a total joy. I’m from near Bristol so have always watched Casualty and adore Charlie. He’s the show’s DNA.  I loved writing Jordan, Ruth and Jay too and I will always have a soft spot for Dylan. He always said what no-one else would dare to and made me laugh on almost every line.

How does the show keep continuance of characters with different writers working on individual episodes?

That’s the job of our hard-working team: script editors (who take you through it every step of the way – which reminds me – thanks Aisling Kiely for getting me through this one!), Emily Groves (script producer), Lucy Raffety (story producer), Erika Hossington (series producer) and Oliver Kent (our Executive Producer).  They’ll keep an eye on the scripts to check that people are writing with the character’s voices in mind.

The writers also talk to each other and read each other’s scripts too.  I’ll always read the one before mine and, if relevant, the run up of episodes.  Especially if I need to refer back to a specific incident. With new characters you’ll read their audition speeches and other scripts which feature them heavily.

Do you get a lot of background and past history on the characters you write for or do you get your knowledge from being a fan of the show and having watched past episodes?

I’ve done quite a lot of story work on Casualty so I’m already heavily invested in them and their stories. Lucy Raffety and the research and story teams will be across characters’ history.  But nothing beats watching the show to get a better understanding of character. 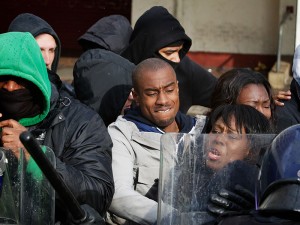 Do you speak with cast members on certain storylines to discuss how their characters would react to their situations?

Sometimes but not always… It’s not something we normally do but I’m married to an actor and love talking to actors. You can’t always as sometimes a story is embargoed (we write months and months ahead).

With #HolbyRiot I talked to Michael Obiora (Lloyd) a lot beforehand – he created his family with me to make sure they were authentic. We were dealing with some fairly heavy and political themes and I needed to talk to him about it to make sure that I was doing it truthfully.

In the past, I’ve gone into filming at the start and talked to the actors on set and then rewritten things. So, for example, Zoe playing music in the ED fire episode was her suggestion. Sunetra and I have talked quite a lot about this episode – we went through the whole script before filming started.  She had some tweaks (which was about her emotional journey and Zoe-isms) and I talked about the significance of specific lines or actions (passing on research to her). I also had a chat to Amanda Mealing about Connie and what I wanted to do with her at the end of the episode. Connie does something which says a lot about her and I think is quite surprising – but apart from that my lips are sealed!

You’ve written a number of Casualty episodes over the years, what have been some of the most memorable to write?

I’ve been very lucky with my episodes – I haven’t written that many but I’ve done three specials – the fire ep (the last one filmed in Bristol – a huge honour), the riots and this. They were all incredible to do and I’m super proud of them. People still talk about the fire and riots episodes to me on a weekly basis.

But I’m also very proud of my first two.  My first one had a coach on the edge of a cliff, Italian Job style, and a big Jordan story.  It was a baptism of fire literally. It was originally a roller coaster accident but we lost our location two weeks before shooting and I had to completely rewrite it. I have to say I think the coach worked much better.

And my second episode was totally character based, no big stunt, and written with an actor, Sean Cernow, in mind.  He did a blinder of a job and it got me my invitation to join the Casualty family.  That one will always be close to my heart.

What other shows have you written for?

I did the BBC Writers Academy so have written Holby and Doctors and was a writer on EastEnders for three years.  My favourite Enders episode was Billie Jackson’s funeral. Lindsay Coulson (Carol Jackson) did a stunning job in it.  It makes me cry even now.

I’ve also written plays and, hopefully, have one coming up in a year or so – the stage adaptation of Emma Kennedy’s “The Tent, the Bucket and Me” which is very funny and about the worst family holidays you’ve ever seen (all true).  I’ve also got a feature film on the go and a daytime TV series in development.

There’s also a whole raft of other shows in development or at embryonic stages, including a super exciting top secret potential one.  And, of course, I’m writing my next episode of Casualty, which will air next year.

How did you get into writing? Have you always wanted to write as a career?

I’ve always wanted to write. I wrote my first play aged seven (and produced it at school). I wrote pretty much continually in my teens and plays for my youth theatres, which I loved, but nothing just for me.  And then, as work pressure mounted, I just stopped writing. But it was always something I dreamed of doing,

Then I met my husband and we started creating our own work. I used all my holiday leave to devise a play with him and a group of actors (including Graeme Hawley and Jeff Hordley who were straight out of drama school and mates of my husband).  That play ended up becoming “Martha Loves Michael” about a Michael Jackson obsessive fan – Sean Cernow was in it with Naomi Bentley (who did a stint on Casualty).  Everything I’ve got has come out of that play.

Crucially, it wasn’t until I was in my late-30’s that I had the confidence to really go for it as a writer. I didn’t think someone like me could be a writer – I’m not super clever and thought that was what writers had to be. In the end there are only two things a writer needs to do and do ALL the time to be a writer: write and rewrite. 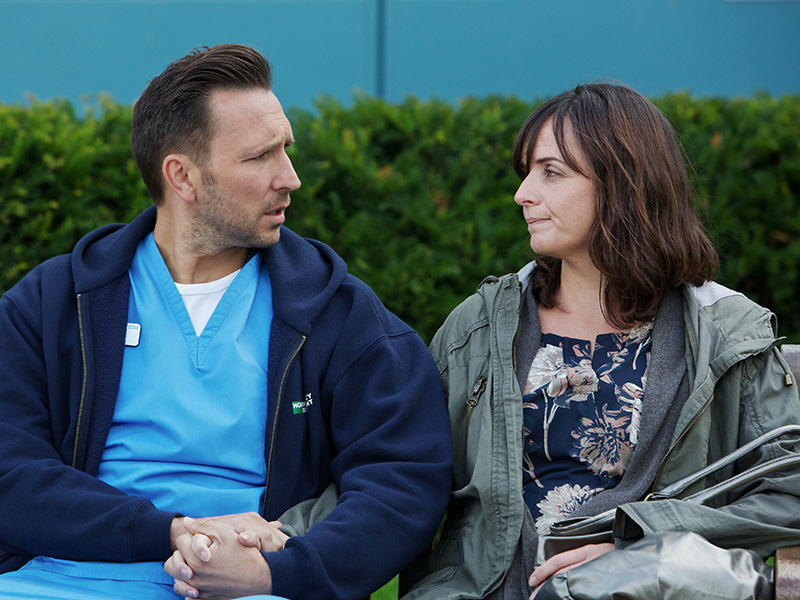 ‘Between the Cracks’ : Teenager George runs away from his care home and bumps into streetwise youth Skelly, who takes him home. But when...