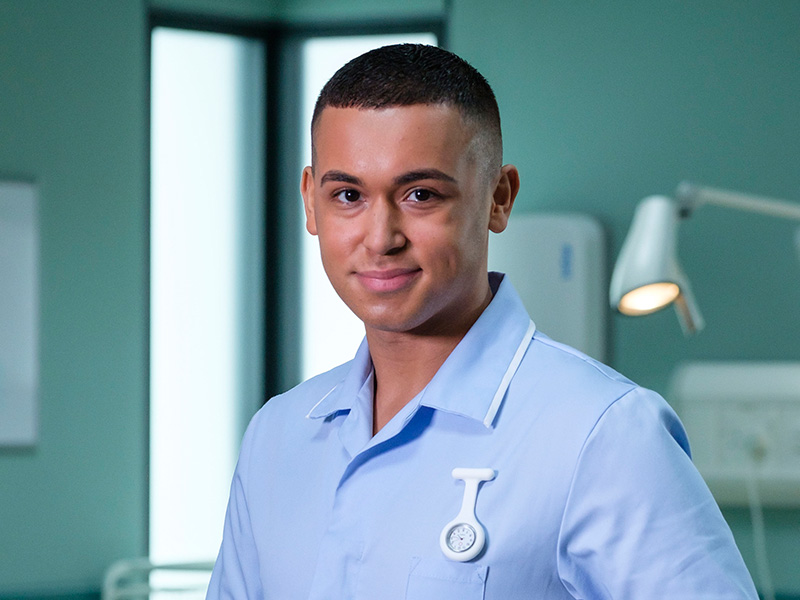 (In staff room, to Dylan) Morning, Marty Kirkby, very pleased to meet you. I’m a Student Nurse, on my A&E placement.

Confident Marty always wanted to be a nurse and is confident in his skills. His Achilles’ heel is always his heart, which more often than not is left broken.

Marty has always been close to his family, besides telling them about his homosexuality. His mother, fled from Iran to a community that had very conservative views on being gay and his father was a patron of working men’s clubs so he never found the opportunity to tell them that part of his life.

In Series 33, Marty has eyes on a Consultant, Joshua and pretends that Robyn’s baby is his to help impress him. Robyn is furious when she finds out. We are first introduced to Marty’s father when he comes into the ED to congratulate Marty on winning a nursing bursary. Cross wires lead Jade to pretend to be his girlfriend. When Marty’s mother is brought into the ED in a later episode, Marty decides to finally come out to his parents. His mother says she had always known however his father finds it harder to accept.

In Series 34, Marty spirals into danger after some failed romances. One boyfriend, Jack is discovered to be cheating on him and he then discovers he has been in close contact with a man, Danny with HIV. Another man rejects him for not being white. Jade shows her friendship as she supports him through his troubles whilst he shows his for her over her birth mother. Marty’s father is brought in with coronavirus symptoms and he confronts him over his homophobic views. Graham explains to Jade that he knew a gay man who committed suicide due to not being accepted, and that he fears the same will happen to Marty.

In Series 35, we meet Graham again after he accidentally cuts his finger off in a sawing accident. The pair attempt to reconcile their differences after Marty is involved in a tense hostage situation. 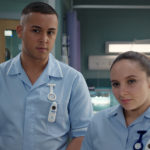 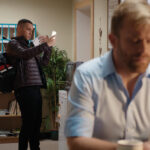 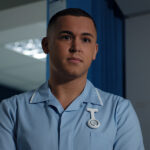 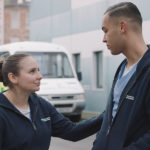 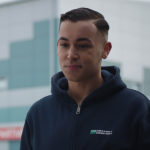 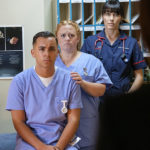 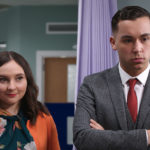 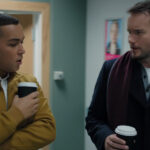 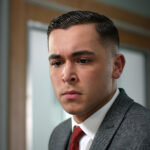 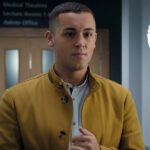 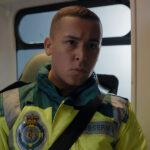